Excessive nutrients can be detrimental to aquatic life

Aquatic biota—algae, invertebrates, and fish— require nutrients to sustain healthy populations in streams. Aquatic life in natural streams consists of a diverse array of microbes, fungi, aquatic vegetation, invertebrates and fish. With the exception of direct spills of ammonia into streams, nutrients are not typically toxic to aquatic life. However, increased nutrient enrichment can result in detrimental ecological effects, including increased aquatic vegetation which can lead to reduced dissolved oxygen.

Increased growth of aquatic vegetation (algae and plants) leads to increases in the types of fish and invertebrate species that can better tolerate nutrient pollution — those that eat algae or thrive in streams that have wide daily changes in dissolved oxygen associated with algal growth. Streams dominated by species able to live in low dissolved oxygen — common carp, green sunfish, and white suckers or algivores — indicate nutrient enrichment in the stream. However, it is often the in-stream habitat that determines community composition more than nutrient concentrations. Given the complex nature of nutrient impacts on algal biomass and biological communities, the use of multiple lines of evidence — chemistry, algal biomass, and biological community data — is necessary to determine the true nutrient condition within the stream.

Other nutrient related information (click on link and it would go to the next page): Measuring  water quality using biological communities –> Do you have content for this yet? If so, send it my way and I’ll work it in.

Notes: This research found that the relations between nutrients, algal biomass and biological communities are confounded in lotic ecosystems because of varing degrees of nutrient limitation and physical factors. There was a significant negative relation in fish communities for dissolved inorganic nitrogen and phosphorus at concentrations of 0.61 and 0.06 milligrams per liter, respectively. Results suggest that the control of toxins and oxygen demanding wastes to rivers is insufficient to protect aquatic life, and confirms the importance of non-point sources of pollution when environmental managers address the issue.

Notes: In this study, mean nitrate concentrations in five wadable agricultural streams ranged from 5.5-8.8 milligrams per liter as nitrogen and did not significantly relate to periphytic or sestonic Chlorophyll a (CHLa). The greatest periphytic CHLa concentrations occurred from August through October. The abundance of filamentous algae explained 64 percent of the variation in diel oxygen saturation, but was not related to nutrients. Results suggest that hydrology and light control algal abundance in streams.

Notes: In this study, several significant but weak relations were found between nutrients and fish and invertebrate attributes and metrics. The strength of the relations increased in the fish data when the data was analyzed by basin size.

Notes: This study found that there were no significant relations between the periphyton principal component sites scores with nutrients. But, there were significant relations with fish and invertebrate attributes and metrics. Seston principal component sites scores were significantly related to nutrients and fish and invertebrate attributes.

Notes: This study found no significant relations between the periphyton principal component sites scores with nutrients but did find significant relations with fish and invertebrate attributes and metrics. Unlike the 2001 and 2001 studies, seston principal component sites scores were not significantly related to nutrients nor fish and invertebrate attributes and metrics.

Notes: Among all sites in this study (more than 100 statewide), the median total phosphorus (TP) and total nitrogen concentrations (TN) were 0.185 and 5.6 milligrams per liter, respectively, during high discharge conditions. During low discharge conditions, median TP concentrations was 0.168 milligrams per liter, with 25 percent of sites having a TP of greater than 0.326 milligrams per liter. Results suggest sestonic Chlorophyll a (CHLa) may be an appropriate criterion for the larger rivers in Illinois but inappropriate for smaller rivers and streams. A study [what study?] using artificial substrates did not find a significant relation between periphyton CHLa and nitrogen and phosphorus concentrations.

Leland, H.V., and Frey, J.W., 2008. Phytoplankton growth and assembly in relation to nutrient supply and other environmental factors in the White River Basin, Indiana (U.S.).  Journal of the International Association of Theoretical and Applied Limnology, vol. 30 (1), p. 147-163.

Notes: [Do we have notes for this reference?]

Notes: This study found that the frequency and magnitude of stream discharge varied seasonally and annually and greatly influenced algal biomass concentrations through algal scour and drift. Median concentrations of algal biomass in Indiana streams were 41.2 millgram per meter squared for periphyton chlorophyll a (CHLa), 52.1 grams per meter squared for ash-free-dry mass, 2.44 milligrams per liter for seston CHLa, and 0.75 milligrams per liter for particulate organic carbon. Approximately 32 percent of the periphyton CHLa and 6 percent of the seston CHLa samples would be considered eutrophic according to Dodds and others (1998) nutrient boundary levels. There were no significant relations among nutrients and periphyton or seston CHLa parameters. The only significant positive relations were observed between summer Particulate organic carbon (POC) and summer total phosphorus as well as summer POC and summer total Kjeldahl nitrogen.

Caskey, B.J. and Frey, J.W., 2009. Biological-community composition in small streams and its relations to habitat, nutrients, and land use in agriculturally dominated landscapes in Indiana and Ohio, 2004, and implications for assessing nutrient conditions in Midwest streams. U.S. Geological Survey Scientific Investigations Report 2009-5055, 21 p.

Notes: In this national study, sites were selected to maximize the effects of nutrients on biological communities and minimize the effects from non-nutrient related variables such as basin size, substrate, and ecoregion. Despite having a gradient of nutrient concentrations of low to high in August, the algae, fish, and invertebrate communities all reflected eutrophic conditions. Habitat variables had a stronger effect on biological communities than nutrients.

Notes:  This study found that biological communities from 321 sites in Indiana were dominated by eutrophic species and the initial relations between the causal (total nitrogen, total phosphorus, periphyton and seston chlorophyll a, and turbidity) and response (biological communities and attributes) variables were weak. Consequently, analytical and ecological censoring methods were used, which strengthened the relations between the causal and response variables.  Breakpoints were calculated for the ecological and statistical significant relations.  Total nitrogen breakpoints ranged from 2.4 to 3.3 milligrams per liter, suggesting hypereutrophic conditions and the total phosphorus breakpoints ranged from 0.042 to 0.129 milligrams per liter, suggesting mesotrophic to eutrophic conditions when compared to Dodds trophic classifications.

Notes:  The objective of this study was to determine the algal, invertebrate, and fish taxa and community attributes that best reflect the effects of nutrients along a gradient of low to high nutrient concentrations in wadeable, primarily Midwestern streams in Nutrient Ecoregions VI, VII, and VIII. The results indicated breakpoints from all biological communities that were generally 3–5 times higher in the south than the north. In the north, breakpoints with similar lower concentrations were found for total nitrogen from all biological communities (around 0.60 milligram per liter) and for total phosphorus (between 0.02 and 0.03 milligram per liter) for the algae and invertebrate communities. 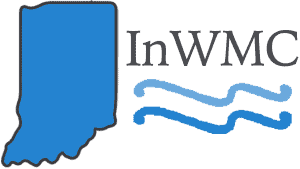 Sharing a U.S. EPA website with a searchable list of disinfectant products found to be effective against the Covid-19 virus. ... See MoreSee Less

List N: Disinfectants for Use Against SARS-CoV-2 | US EPA